Home > Blog > AMPA Receptor is the Molecule of the Month

AMPA Receptor is the Molecule of the Month 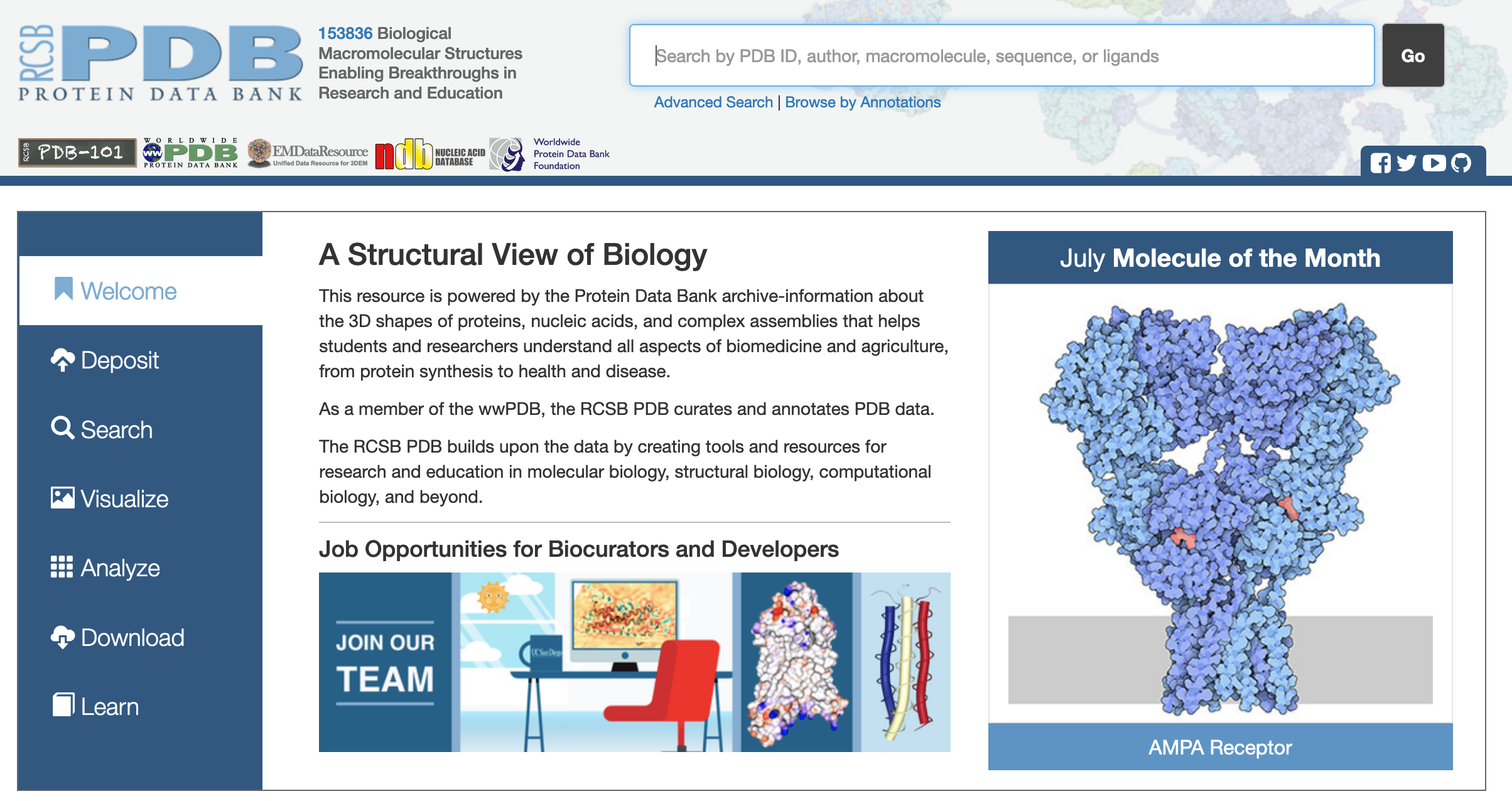 Receptors for the neurotransmitter glutamate in our brain come in several shapes and sizes.

AMPA receptor, with an inhibitor (red) bound to the glutamate-binding domains. The location of the cell membrane is shown schematically in gray (download high quality TIFF image). Nerve cells in our brain communicate with one another using small neurotransmitter molecules. These come in many shapes and sizes, such as acetylcholine, serotonin and endorphins, allowing the nervous system to shape the way neurons talk to one another. The amino acid glutamate is one of the most common neurotransmitters used to carry excitatory signals. It is released by neurons into synapses, where they stimulate neighboring neurons by binding to glutamate-specific receptors (an illustration of an excitatory synapse is included at PDB-101 in the gallery of Molecular Landscapes).

AMPA receptors (shown here from PDB entry 3kg2) are the most common excitatory glutamate receptors in the brain. They have modular structures, and each part has a specific task. The portion at the top recognizes and binds to glutamate (and similar neurotransmitters), and the portion at the bottom forms an ion channel through the membrane. When glutamate binds, it causes a change in shape that tugs on the channel, causing it to open and allow ions to flood through the membrane. There is also an additional tail at the bottom of the receptor, which is not seen in this structure because it is so flexible. It interacts with scaffolding proteins that organize the structure of the neuronal synapse.

Communication between neurons is highly complex, to capture the many subtle shades of thought and memory. At the simplest level, AMPA receptors each have four chains, each with a separate binding site for glutamate, so the response isn’t simply on or off. Also, AMPA receptors close very quickly after receiving a message, becoming desensitized for a time against additional messages. Layers of complexity are added to these simple actions to store memories, by adding more receptors to a synapse or taking them away, or by modifying amino acids in individual receptors to tune their action.