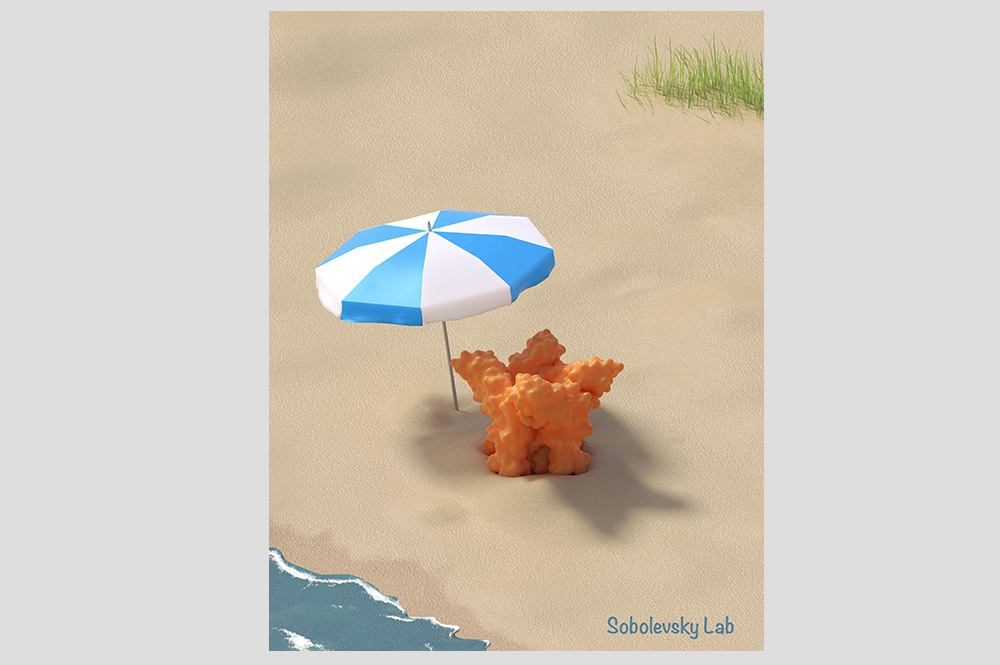 Transient receptor potential (TRP) channels sense temperature in organisms ranging from yeast to human but the molecular mechanisms of thermosensation have been an enigma. In our new paper published in NSMB we present structures of the TRP channel TRPV3, which is predominantly expressed in skin keratinocytes, is implicated in thermo-sensation, nociception, itch, maintenance of the skin barrier, wound healing and hair growth, and is associated with numerous human skin diseases, including a genodermatosis known as Olmsted syndrome, atopic dermatitis, psoriasis and rosacea. Our structures that are captured in temperature-dependent open, closed and intermediate states suggest two-step activation of TRPV3 by heat. During the strongly temperature-dependent first step, sensitization, the channel pore remains closed while the S1-S4 and pore domains become more closely associated. The occupancies of putative lipid-binding sites surrounding these domains are reduced and S6 undergoes an a-to-p helical transition. During the weakly temperature-dependent second step, channel opening, the tight association of the S1-S4 and pore domains results in the complete extrusion of the putative lipids from their binding sites and splaying of the S6 helices. Together, these rearrangements are stabilized by structural changes in the linker domain and the C-terminus. Our results inform TRP channel temperature activation and highlight an important role in heat sensing by TRPV3 of its interactions with the surrounding membrane lipids.